One of the key principles of manifesting is that when you shift your beliefs to a point where you actually EXPECT the things you want to happen, they do.

And everything else is just a set of tools to help you reach this point of expectation.

In fact, I recall pointing out that the main reason for developing willpower is to make it easier to control your thinking and go directly to expectation without having to use any of the other tools, such as affirmations, visualizations, EFT, and so on.

The only ‘problem’ with this approach is that many folks find that developing willpower is almost as difficult as shifting beliefs.

Last week, I produced a test version of a recording I expect to surpass everything I’ve done to date. To clarify, I believe this recording will help more people reach a point of expectation sooner, and with a LOT less work.

It’s a 60-minute self-hypnosis recording that takes you deep within yourself where it’s much easier to shift your beliefs to a point of expectation.

It then reinforces a number of supporting beliefs using the 4 levels of belief outlined in my book, “Choose To Believe“.

This recording also guides you through the process of manifesting your desires and receiving Divine Guidance while at the deepest level of mind, where you have the strongest connection to the Universal Divine Mind.

And it includes a BWE component which takes you down to the lower-theta range (4 beats per second) in 3 stages. This is the lowest level where most folks can retain a degree of consciousness.

Overall, I’m feeling much more at peace, and I’m finding it a lot easier to get into the right mind-state for manifesting, even at odd moments during the day.  Both of these were quite a surprise, as I was already doing pretty good in these areas.

I’m also getting a bunch of new ideas for my various projects, including the new recording itself.  In some respects, it’s starting to feel like the recording is being created THROUGH me by a higher intelligence. 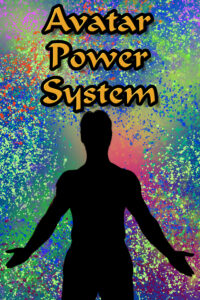