Skip to content
Current Status
Not Enrolled
Price
$17.95
Get Started
Take this Course 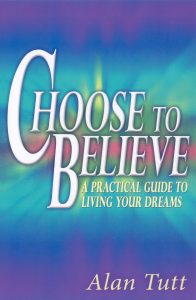 A scientific exploration into the power of belief.

Covers the evidence supporting many types of experiences, how to discover what you really believe (and why it may be different from what you THINK you believe), and how to change your beliefs to support the life experiences you would prefer to have.

While many in the scientific community will refuse to acknowledge any reality beyond the physical, the evidence speaks for itself.  The fact that the medical industry (and it IS an industry – think about that) has to account for the Placebo Effect (the name they give to the power of belief), proves that belief has a significant power to affect our health.

How much better off would we be if they applied the same effort to finding ways to maximize our effectiveness at healing ourselves with the power of belief instead of testing drugs to sell at high prices?

There are also many who have tried various methods of manifesting and failed, who later claim that “it’s all a scam” just because THEY couldn’t get it to work.  We all know that the processes for making wine, peanut brittle, or computers “works”, but can YOU do it?  I know I couldn’t, at least without really GOOD instructions.

This course is my attempt at giving you a set of really GOOD instructions for tapping into the power of belief, and using it to transform your life, while maintaining a rational, scientific perspective untainted by mysticism, spirituality, or pseudo-science mumbo-jumbo.

I have spent my entire adult life researching and experimenting with the power of belief, and I’ve been able to do some rather remarkable things—things that many would call miracles.  THIS STUFF WORKS!

Feel free to read through the sample lessons to determine if this course is right for you.